Skip To Content
Sponsored Content?
This content is made possible by our sponsor; it is not written by and does not necessarily reflect the views of Bloomberg LP's editorial staff. See our Advertising Guidelines to learn more.
Brought to you by JapanGov

Tackling Dementia Through Empathy and Understanding

Where once someone might invite us to walk a mile in their shoes, advanced new technologies can give us even greater insight into what it feels like to be someone else. Virtual Reality (VR) is among them. Increasingly, doctors, students, family members and others are using VR to understand medical conditions including dementia.

Dementia is a syndrome in which cognitive function deteriorates beyond what might be expected from biological aging. Currently, more than 55 million people around the world live with dementia.[1] It is the seventh-leading cause of death among all diseases and one of the major causes of disability and dependence globally.[2] There is no cure, and it is not well understood.

“As opportunities to interact with people who suffer from dementia increase, we believe that promoting a broader understanding of how to communicate with them is a vital issue,” said KAWAMURA Kimiaki, from Toppan’s Dementia Experience VR team.

A greater understanding of dementia is important in many areas of society. In the financial sector, for instance, an estimated $2 trillion in personal financial assets—over 10% of Japan’s total—will be in the hands of people with dementia by 2030.[3] To help employees of financial institutions experience and learn how to handle such situations effectively, the Customer-Facing Edition of Dementia Experience VR simulates a case where a customer with dementia visits a financial counter. It faithfully reproduces a situation where the employee does not know how to act and has trouble communicating, causing the customer to become distrustful.[4]

The Sufferer’s Perspective Edition provides another example. It enables users to experience symptoms such as hallucinations such as people who are not there. The simulation also includes explanations of dementia and appropriate response points, so users gain a better understanding of how people with dementia behave and how to respond.[5]

“By simulating dementia using VR, it is possible to understand the symptoms as if you had experienced them firsthand,” KAWAMURA added. “For this reason, we feel that the use of VR technology is the best means of understanding what it is like to have dementia.”

While technology provides us with unique insights into dementia, communication remains one of the most powerful tools for understanding the challenges and learning how best to address them on an individual and family level.

Dementia cafés across Japan play a vital role in driving that understanding. Conceived as a community group, dementia cafés are venues such as public halls, traditional cafés and other community spaces. They provide families of people with dementia opportunities to share stories, experiences, and challenges, and talk to experts. They also provide people with dementia a chance to connect with the world.

The original concept started in the Netherlands in 1997 with the opening of Alzheimer’s Café.[6] Japan embraced the concept circa 2012, when SUGIMURA Yukihiro opened Ishikura Café—one of the country’s first dementia cafés—in Utsunomiya City, Tochigi Prefecture.[7] SUGIMURA, a member of Alzheimer’s Association Japan, had early-onset dementia and opened the café as a way to continue playing a role in society.

As of March 2020, Japan is home to an estimated 7,988 dementia cafés—more than anywhere else in the world.[8] Families of people with dementia feel that the effectiveness of such cafés is linked to opportunities to consult with experts and exchange experiences among people in a similar situation, according to a study by Fujita Health University Professor TAKECHI Hajime and the Sendai Center for Dementia Care Research and Practices.[9]

“It is important to have a place where the families of dementia patients feel empathy because their psychological burden is quite heavy,” TAKECHI said. “In addition, they can get educational support and information about dementia.”

TAKECHI’s study, which is the world’s first large-scale analysis of dementia cafés, showed that 64.8% of dementia cafés in Japan hold such meetings once a month, while 53.8% said the duration of such meetings was two hours.[10] Like “Alzheimer’s cafés” in the Netherlands, meetings are typically divided into a few 30-minute sessions over the course of two hours including a mini-lecture, a discussion and events such as a concert. This approach is considered a “golden ratio’’ that satisfies all types of participants, according to the study.

However, Japanese dementia cafés are unique because each meeting is organized differently unlike in the Netherlands where they are standardized everywhere, TAKECHI said. For example, some cafés may offer a calligraphy event, while others may organize a knitting class during the meeting. Yet, all events have three things in common: the participation of dementia experts; providing peer-support for patients and their families with help from café staff; they are held in cafés.

Orange Commons, a non-profit organization in Kyoto, holds café-type meetings where dementia patients, their families and trained volunteer staff gather twice a month. During each meeting participants talk freely without following a specific program, according to coordinator KAWAI Masami, whose mother had dementia.

When diagnosed with dementia, people become anxious about their future. The café offers a comfortable place for them to share their feelings and to support one another, said KAWAI. Dementia cafés also provide a way for residents to understand dementia and connect with patients in their area.

One staff member, KOSHINO Minoru, shares his story. Before becoming a staff member at Orange Commons, KOSHINO attended with his wife who had dementia. At some meetings, she read picture books to other participants as she used to do for neighboring children when she was young. His wife also taught “ikebana” flower arrangement to some volunteer staff at other café meetings.

“My wife looked very happy and lively when she did these things,” KOSHINO said. “It was really great to witness that. She also made friends with Ms. Kawai’s mother at the café meeting, and they experienced a so-called short-stay at the nursing home together. She told me they chatted until late at night and enjoyed their stay like a school trip.”

Dementia cafés like Orange Commons and VR simulations of dementia foster empathy—the building block of social life. They enable us to understand the challenges and feelings that other people face. And they create opportunities for us to solve those challenges and build a better, more inclusive society. As Japan strives to meet the needs of an ageing society, empathy and understanding will play an important role. 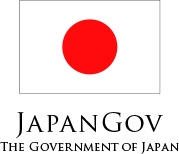