Skip To Content
Sponsored Content?
This content is made possible by our sponsor; it is not written by and does not necessarily reflect the views of Bloomberg LP's editorial staff. See our Advertising Guidelines to learn more.
Brought to you by Temasek

The outbreak of Covid-19 has confronted the world with the biggest healthcare challenge in decades. As governments and hospitals scrambled to battle the pandemic, the surge in demand for ventilators, personal protective equipment and swab test kits led to a massive shortfall in supply that jeopardized millions of lives.

One of the biggest challenges was the shortage of nasopharyngeal (NP) swabs—the flexible bristle-headed sticks that are used to collect fluid samples from the nose and throat. Without them, testing for the virus in the early days of the outbreak was not feasible, yet the limited number of manufacturers worldwide were unable to meet demand.

Yeoh Keat Chuan, Senior Managing Director at Temasek’s Enterprise Development Group recalled how he and his colleagues, tasked with implementing a COVID-19 response plan back in March, found it almost impossible to find the large volumes of disposable swabs needed in Singapore.

The critical shortage posed a huge problem for the city-state of 5.7 million people, which desperately needed to ramp up testing to curtail an uptick in infections.

“The main commercial manufacturer of the humble swab is an Italian company in Lombardy, a region hit hard by the coronavirus,” said Yeoh, who is also the firm’s Deputy Head of Singapore Projects. “During the height of the pandemic crisis, they were unable to supply swabs to the rest of the world.

“So, the community came together in Singapore. We joined hands with the research institutes, hospitals, and SMEs (small and medium enterprises) to design, validate and subsequently manufacture the swabs,” he added. “The idea was to start with 3D printing, because that was the fastest way to get the swabs made.”

“There were two choices,” added Andrew Tan, Managing Director at Temasek’s Enterprise Development Group, which identifies and develops new business enterprises that have the potential to be domestic, regional or global champions. “Find alternative sources or produce them locally. We decided to do both. We continued sourcing commercial swab kits, diversifying the number of suppliers. And more importantly, we built up local capabilities to produce them.”

Necessity is the Mother of Invention

Building local production capacity was a daunting challenge. NP swabs are regulated and highly specialized, and their designs subject to patent. They cannot be produced on the fly, thus a diverse team of experts was much needed.

“It felt like the world was ending.” said Dr. Ho Chaw Sing, Managing Director, NAMIC, which led and coordinated local efforts by the additive manufacturing—commonly known as 3D printing—community in responding to Covid-19. “The need to come up with a cost-effective working solution was pressing, and the speed at which we had to do everything was a huge challenge. The commercial viability was also a big question mark.”

Using 3D printing, the multidisciplinary team circumvented the months-long mold fabrication and tooling qualification that traditional production requires. It took them less than seven weeks, working around the clock to iterate and validate more than 30 designs, before shortlisting two designs for patient trials. 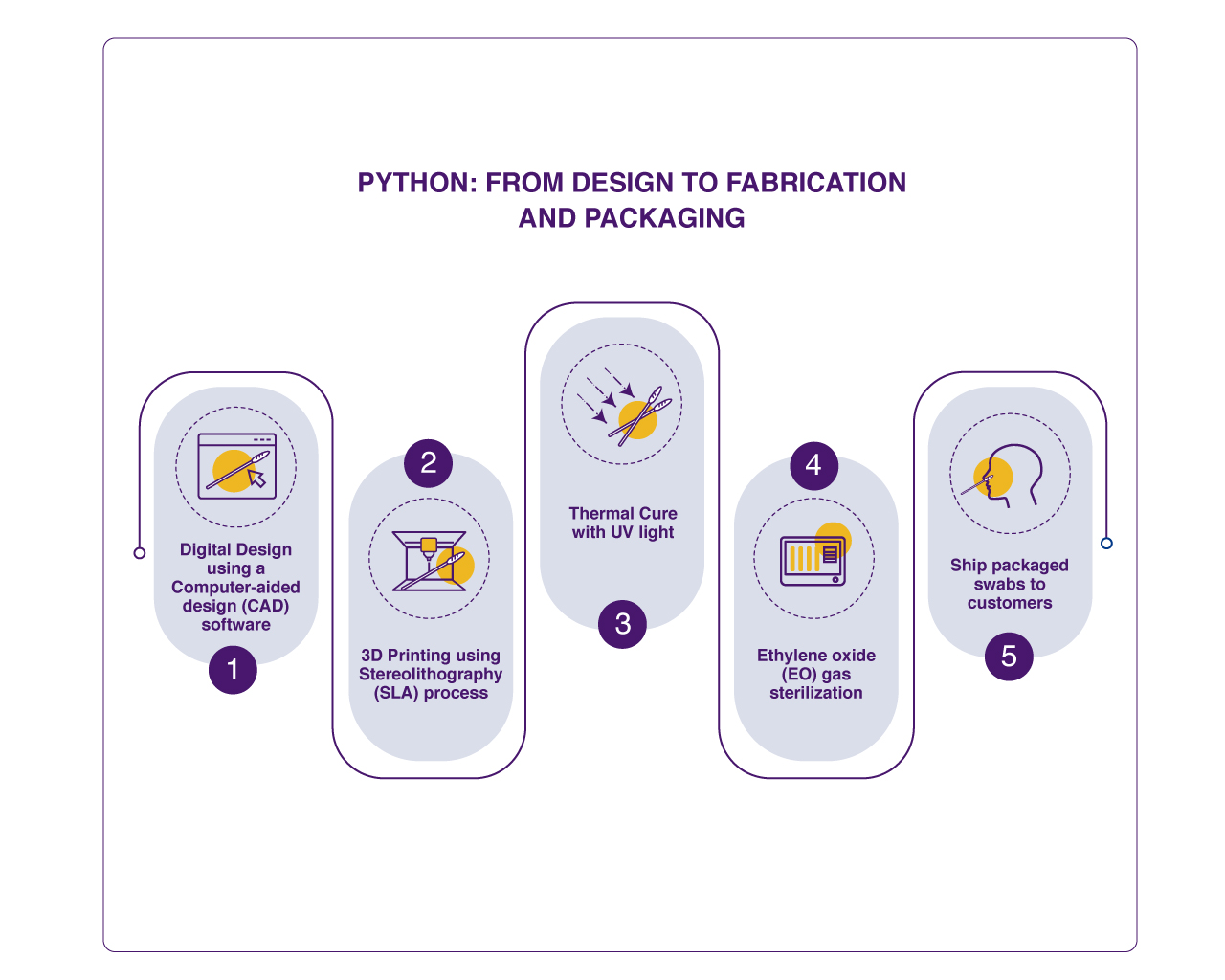 “Technical challenges aside, the main challenge we faced was one of changing mindsets,” said Temasek’s Tan. “It was a question of getting the wider medical community to accept the use of novel 3D swabs following successful clinical trials, given that many of them were accustomed to using commercial swabs. We also tried the swabs on members of our own team as well as providing samples for the local clinicians to use. Eventually, the medical community came around.”

With a patient-ready design in hand, Eye-2-Eye Communications and Structo—competitors in the 3D-printing market who united to make Python possible—shifted to mass production in early June. Success required obtaining a large amount of equipment to put the machine capacity in place, securing sufficient raw materials to meet demand and ensuring printing was conducted in a controlled environment. 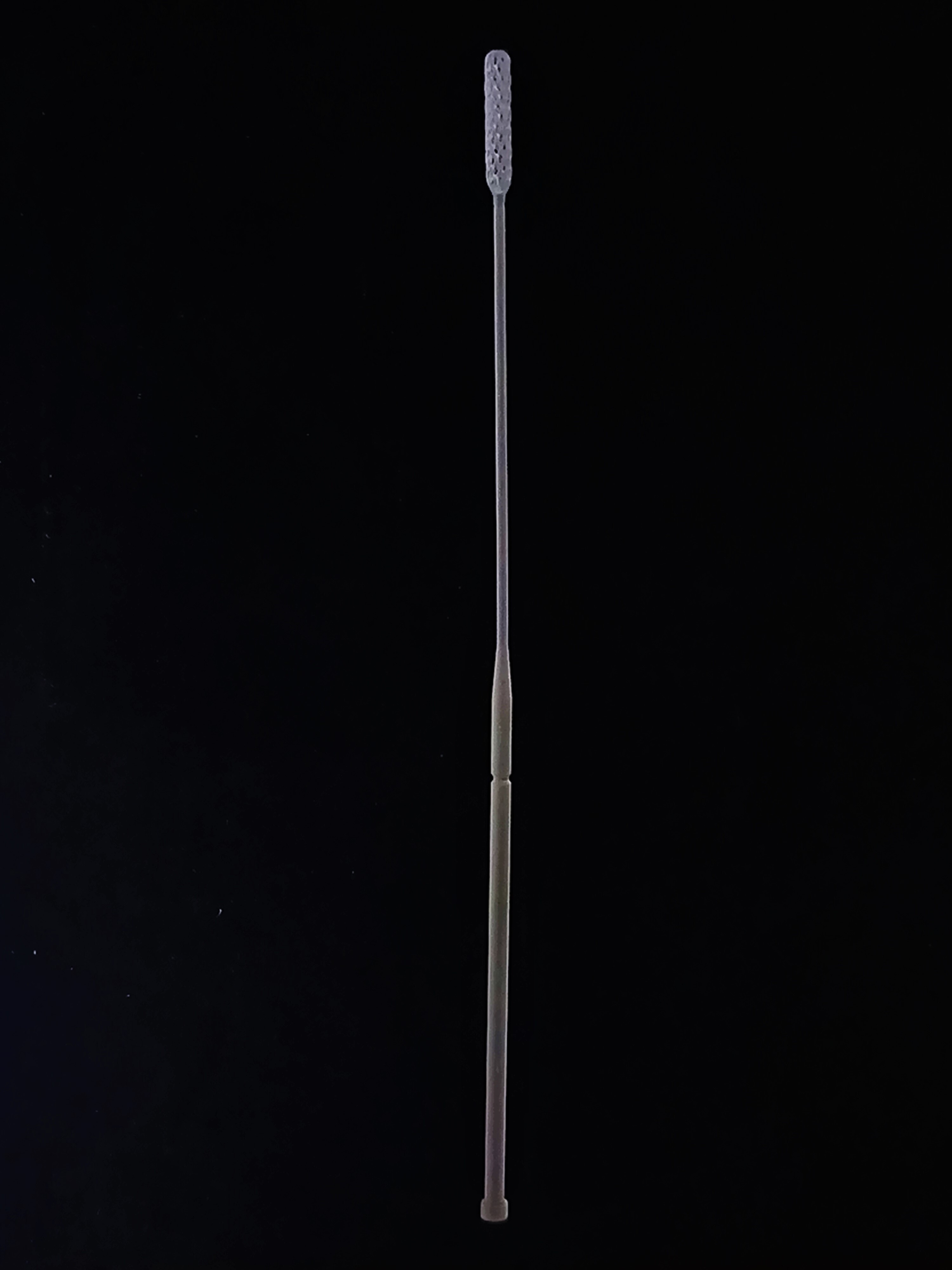 “This was a huge challenge because our printers and material were not originally meant for NP swabs,” said Boyle Suwono, Structo’s Chief Technology Officer. “We had to repurpose our printers so that they could produce the swab in high throughput. The process was intense, but it was very fulfilling to play a part in combating Covid-19, which is truly the crisis of our generation.”

Both companies, having never printed an NP swab before the pandemic, had manufactured nearly 5 million Python swabs by early September.

“For any project of this size to move forward as fast as it did there needs to be a real team effort,” said Miles Podmore, CEO of Eye-2-Eye Communications. “This was a terrific example of Singapore’s can-do spirit, which was crucial to the success of this project. The effort and commitment to get this done as fast as possible by the people involved was phenomenal.” 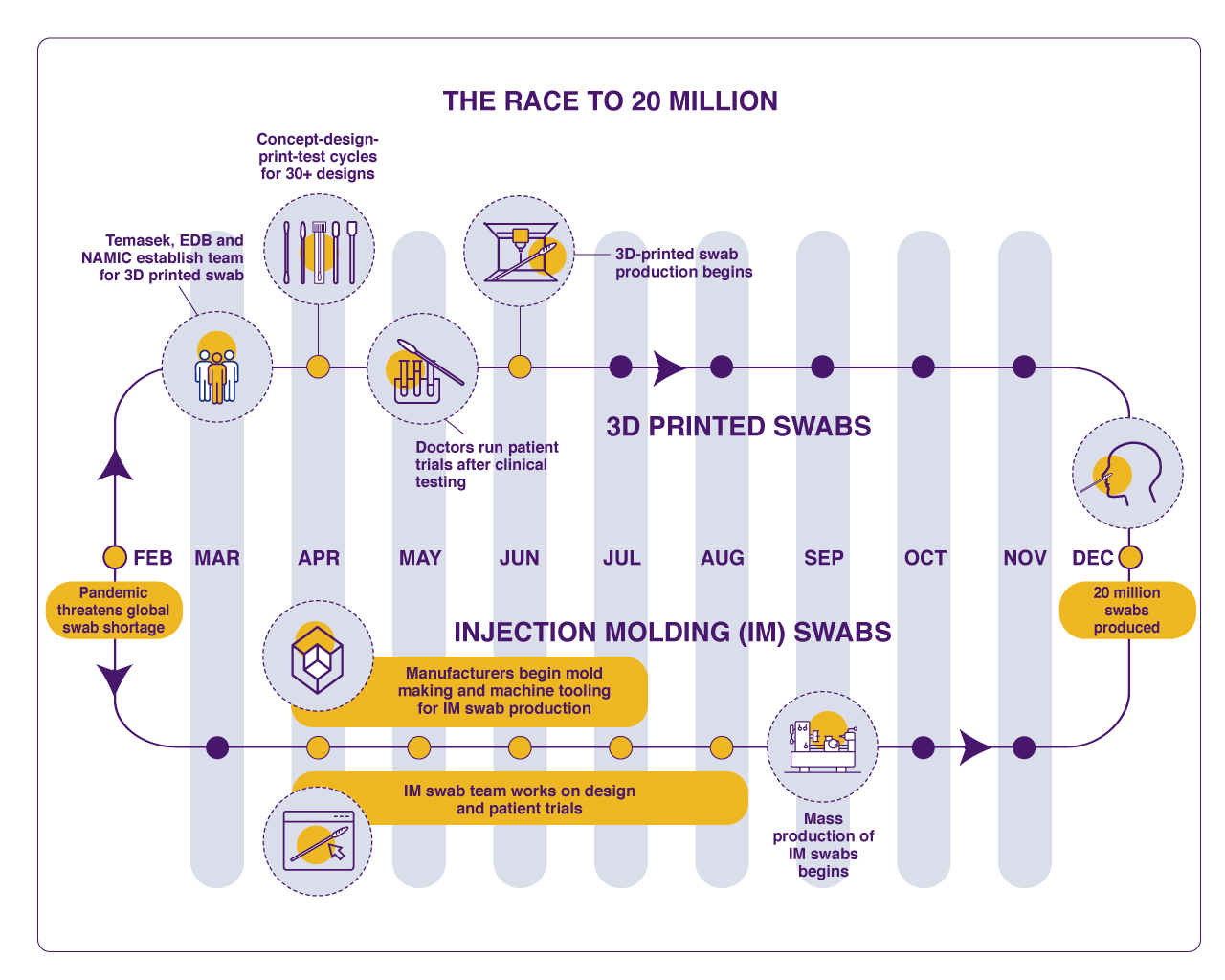 In addition, Singapore needed to build up a small army of swabbers to rapidly expand test capacity at the frontend, while test centers required more lab technicians to process the increased backend workload from the surge in swab samples. The Temasek team looked at the entire swab process, from end-to-end, to identify and remedy gaps.

Besides 3D-printed swabs, Temasek Foundation also supported the development of two injection molding (IM) swabs, working with NUS Deputy President Professor Freddie Boey and a number of small-medium enterprises, including Meiban and Forefront Medical. IM swabs can be produced at a larger scale with a lower cost but take a much longer time to start production due to the molding and tooling processes involved. IM swab production commenced about 3 months after Python’s production started.

“Swabs were the first tools used to collect samples for testing, but they aren’t comfortable for the patient,” said Yeoh. “Our next step is to work with experts, health authorities and partners to find accurate, more comfortable, ways to test with faster response times. Alongside vaccines and therapies, testing is a critical component of how we respond to Covid-19.”

Through rapid innovation, Singapore now stands ready to test the population as and when needed. With some Covid carriers not showing outward signs of sickness, widespread and repeated testing will be vital to ensuring safety in the community.

As countries around the world continue to battle the pandemic, the city-state may soon be able to help plug some of the gaps where NP swabs are needed elsewhere. Working with NUS, which owns the patent, NAMIC has facilitated the licensing of the Python swabs to certified manufacturers in a number of countries including India and the U.S.

“We are happy to help other countries in any way that we can,” Yeoh said. “The virus does not respect borders. We are all part of the global community.”

With COVID-19, no one is safe till everyone is safe. Here’s how Temasek is safeguarding the well-being of communities amidst the global pandemic. 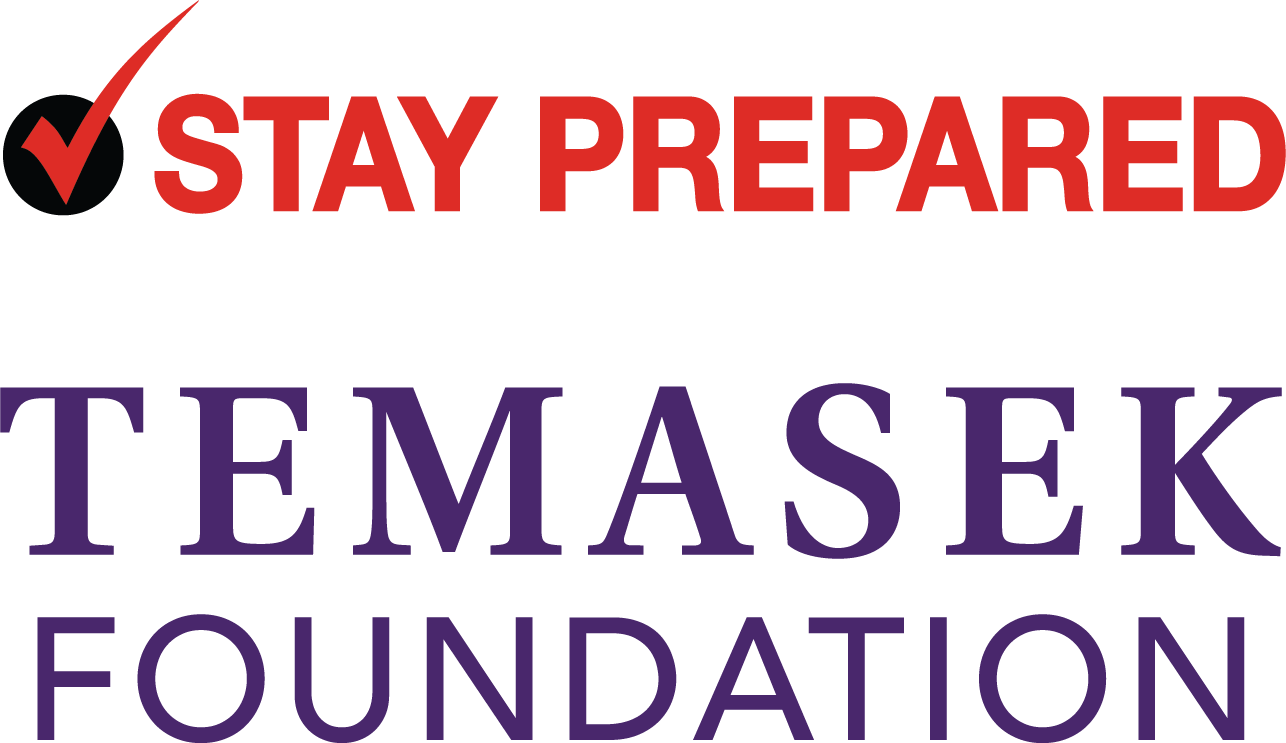