Sponsored Content ?
This content is made possible by our sponsor; it is not written by and does not necessarily reflect the views of Bloomberg LP's editorial staff. See our Advertising Guidelines to learn more.

Brought to you by Zurich
Decline in Human Empathy Creates Global Risks in the 'Age of Anger'
Apr 08, 2019
Holistic Approach to View and Manage Risks

BROUGHT TO YOU BY

Our interconnected world has never had more lonely, angry people. Is technology responsible for a decline in human empathy?

As today’s economy grows more interconnected, a new global phenomenon has emerged: the growing number of people who feel disconnected and isolated.

Technology is revolutionizing the workplace, and creating unprecedented opportunities for business and society as the physical, digital and biological worlds increasingly merge. While technological change always causes stress, the Fourth Industrial Revolution is marked by a blurring of the line between the human and the technological, according to the Global Risks Report 2019, published by the World Economic Forum in partnership with Zurich Insurance Group.

The result of this blurring has been an increase in loneliness, rising polarization and a corresponding decline in empathy. And unlike previous waves of globalization, today’s feelings of discontent aren’t just confined to displaced workers. For business leaders, the challenge is to create a corporate culture of openness and diversity that is responsive to the concerns of employees and customers.

“We are going to need new ways of managing technology and globalization that respond to the insecurity that many people experience,” says John Scott, Head of Sustainability Risk at Zurich Insurance Group.

The Effects of Technology on Society

Technology is a complex factor in rising levels of anger and loneliness. The Global Risk Report notes that in a recent study, technology was cited as a major cause of loneliness and social isolation by 58 percent of survey respondents in the United States and 50 percent in the United Kingdom. But the same survey found that social media makes it easier for people to “connect with others in a meaningful way” and that lonely people were no more likely to use social media. 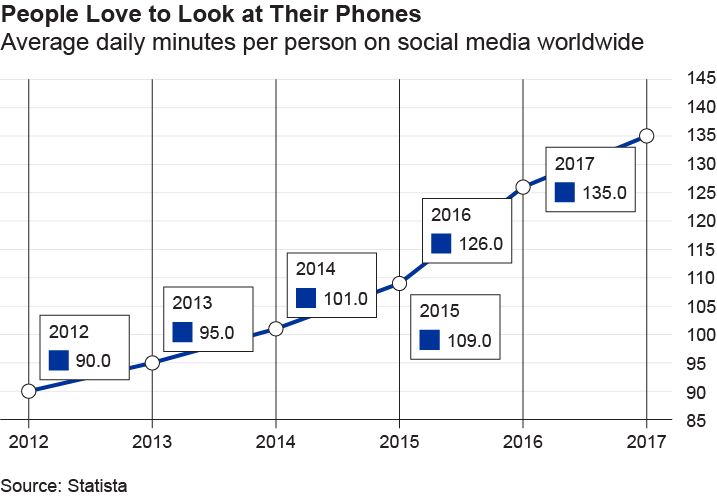 Pervasive digital technology has also blurred the boundary between the workplace and home. Work-related emails often start before office hours and continue long after close of business. A 2016 study by Pew Research Center found that nearly one-third of American adults never turn off their smartphones.

Even as professional pressures increasingly encroach upon private life, people often don’t have traditional support networks at home. The percentage of single-person households in the U.K. has almost doubled over the last 50 years, with similar increases in the U.S., Germany and Japan. In urban capitals, the number of “solitaries” is even higher: 50 percent in Paris, 60 percent in Stockholm. In Midtown Manhattan, 94 percent of households are single-person.

Urbanization weakens social bonds not just in cities, but also in the communities and households that migrant workers leave behind, and growing social isolation is a trend in established and emerging economies alike. The proportion of people feeling lonely in the U.K. climbed to 22 percent in 2017 from an average of 17 percent in 2014-2016, with a sharp drop in the number of people who reported never feeling lonely, according to a survey published by the Cabinet Office.

“Emotionally, people are quite lonely. We’re seeing in many societies a kind of breakdown of family, or connection with family,” Scott says. “I think it’s also a demographic thing; younger people are more tuned into using technology and social media, and to live in a world talking to machines through chatbots. That can create all sorts of emotions of fear and frustration, and in some cases that frustration can get expressed as anger.”

Individual psychological and emotional problems can become collective concerns when loneliness and frustration meet populist and identity politics—an emerging reality in what is becoming known as the “age of anger.” According to the Global Risks Report, these trends may pose a significant threat to geopolitical stability.

“Individual harms matter in themselves, but they can also feed into wider systemic risks—for example, potential political, societal, technological and environmental disruptions,” Scott says. “A world of increasingly divided and angry people would be likely to generate volatile electoral results and decrease the chance of solving complex multi-stakeholder global risks. If empathy were to continue to decline, the risks might be even starker.”

The decline in empathy is not just anecdotal. One study of American students published in Personality and Social Psychology Review revealed that levels of empathy in this demographic fell by 48 percent between 1979 and 2009. Possible causes of the growing empathy gap include increasing materialism, changing parenting methods and the digital echo chamber, in which people anchor themselves in close-knit groups of like-minded people. Such echo-chamber effects aren’t always as obvious as those seen on social media. For example, researchers have found that the matching processes used on dating platforms can also weaken social bonds.

The Global Risks Report highlights that while online connections can be empathetic, research suggests that the degree of empathy is six times weaker than for real-world interactions. However, technology’s impact on empathy may not be wholly negative; some observers believe that virtual reality will be an “engine for empathy,” and that emotionally responsive robots could tackle loneliness, particularly in care-related settings.

But at what point does increasing isolation and the decline in empathy morph into a social risk?

“Complex transformations in three areas—societal, technological and work-related are creating an increasingly anxious, unhappy and lonely world, where anger is increasing and empathy appears to be in decline,” Scott says. “A world of increasingly divided and angry people would be likely to generate volatile electoral results and to decrease the chance of solving complex multi-stakeholder global risks. If empathy were to continue to decline, the risks might be even starker.”

How Business Leaders Can Help

No business can be fully insulated from the increasing populism and decreasing empathy evident in society, but Scott believes that this risk can be managed with a corporate ethos that is alert, diverse and responsive.

1. Improve mental health and well-being in the workplace

In the 19th century, physical health and safety rules and practices reshaped work in many industrializing economies. In the 21st century, mental health and safety rules and practices could play an analogous role by ensuring that workplace conditions are appropriate for an increasingly knowledge-based economy. “A number of steps can be taken to protect organizations from systemic risks, including thinking small, looking for early warning signs and encouraging skepticism through diversity, with a culture of open communication and mitigating our cognitive biases,” he says.

2. Engage with society in a more meaningful way

For decades the mantras of shareholder value and the view that the “business of business is business” has pervaded Western developed economies. Increasingly in a more global, technology-dominated world, with less certainty, especially for younger people, there is a consumer and employee-led desire for something more meaningful in their lives. Businesses that can create and convey a sense of purpose and meaning have a greater chance of connecting with employees and customers. Scott advocates forging a new concept of private-public partnership, in which workplace practices and policies help shrink individual echo chambers and strengthen the bonds of the broader community, and an inclusive business environment nurtures social affinity and engagement.

“Empathy underwrites all political systems that aspire to the liberal condition,” states the Global Risks Report, “and no amount of law or regulation will overcome a lack of empathy.”

The Human Side of Global Risks